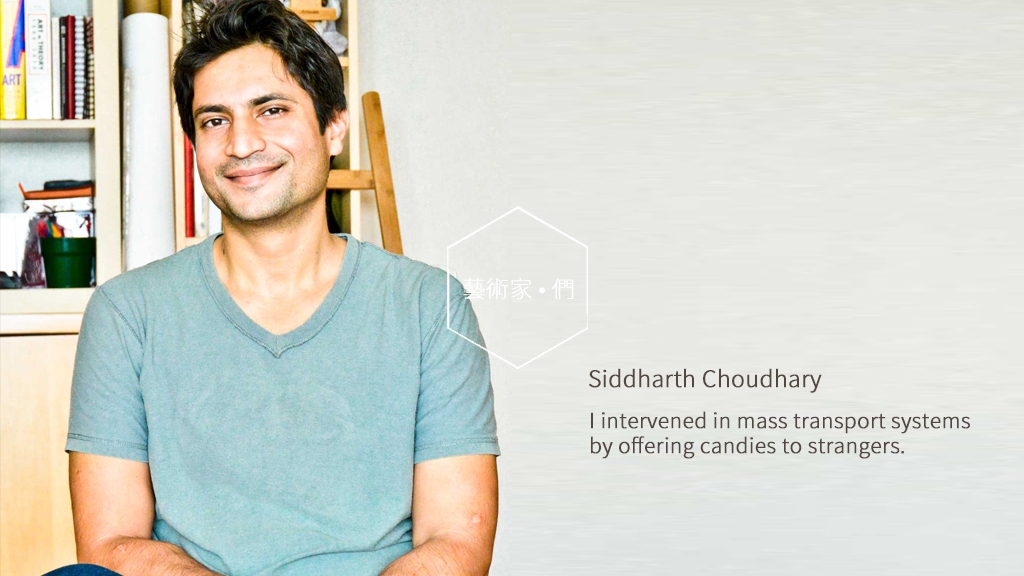 Tell us about your recent project.

I made three paintings, titled “A Sweeter Journey- Hong Kong/ Mumbai/ Zürich”, they are simply about my experience of offering pieces of candy to strangers in three different cities.

With the objective of conducting a comparative study of social interaction, or the lack of it, in urban public spaces, I intervened in mass transport systems of Mumbai, Hong Kong and Zürich by offering candies to strangers. “A Sweeter Journey” was carried out with support from Art Oxygen, Mumbai, Pure Art Foundation, Hong Kong and Zürich University of the Arts, Zürich.

The paintings distill my journey across three very different cities. 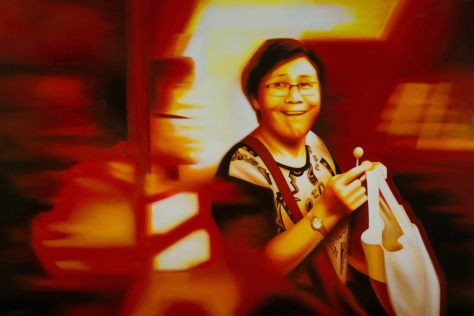 Why is this issue important to you?

I could never understand why commuters in the MTR or in any other mass transport systems elsewhere in the world would deliberately disengage and isolate themselves.  Why would a place where millions of people converge to each day, twice a day, be devoid of any interaction?  Is it something about the MTR or are people naturally like this and if so, why?  To find out I decided to carry out my experiment.

Can you describe a little how the project was done?

The project started out as a performative act in public spaces in which I was directly engaged with the audiences.  The act, recorded as video footage, formed the basis for further artistic exercise; painting.

Through the paintings, I was able to freeze very special fleeting moments, in which I shared temporary relationships with strangers. Working each canvas layer by layer allowed me to stretch the moment over weeks and engage with it in a personal way.

The development of paintings, in essence, followed a traditional methodology of creating several preliminary sketches and refinement before final painting.  Only in this case, digital files replaced pencil sketches.  I employed a host of modern applications to extract a video frame from the iPhone footage of my act, edited and repainted it digitally using my Wacom tablet to arrive at a composition that I finally painted on canvas.

Has something memorable happened during the process?

It was in Mumbai, India, during the early stages of my project.  It was the first day of my public performance in a packed 2nd class compartment of local trains for the public arts festival “Spaces in Transition”.  I was still in the process of warming up for the act as I gingerly approached a gentleman with a candy. The following conversation ensued –

(After inspecting, puts the candy in his pocket. Breaks into a smile. Proceeds to take my bag of candies and begins joking with the rest of the commuters offering a candy to each one of them on my behalf.)

Every commuter in the compartment accepted the candy, we shared a particularly light moment on the very first day of my act, the ice was broken and it set the tone for the rest of my interventions in the days that followed.  It was one of the best journeys that I have been on.

How does the master course affect you?

Over the last two years, I was able to step away and critically re-evaluate my professional practice. The MVA program has been highly engaging, intellectually rewarding.  It also benefitted me socially.  My peers helped me integrate both, within the program and outside of it.  They gave me a Chinese name with a meaning similar to the one in Hindi.  It was overwhelming to see them make great efforts to communicate in English in my presence.  I, on my part, have been trying to learn Cantonese, albeit unsuccessfully, I must confess.  It has been immensely enriching to share our diverse cultural values and professional experience.   We have formed strong friendships that I hope will last long after we have graduated. 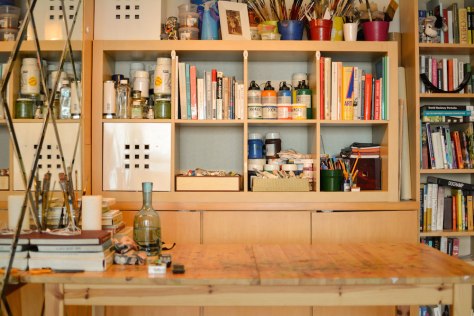 “Through the paintings, I was able to freeze very special fleeting moments, in which I shared temporary relationships with strangers.“